How drives save energy

Energy is defined as the capacity of a physical system to perform work. In essence, energy is a fundamental quantity that can exist in a range of different forms, most notably heat, light , kinetic, electrical and potential energy. Energy cannot be created or destroyed, but can transition from one form to another. For example, the kinetic (movement) energy from a clap can become sound energy when hands make contact with one another. 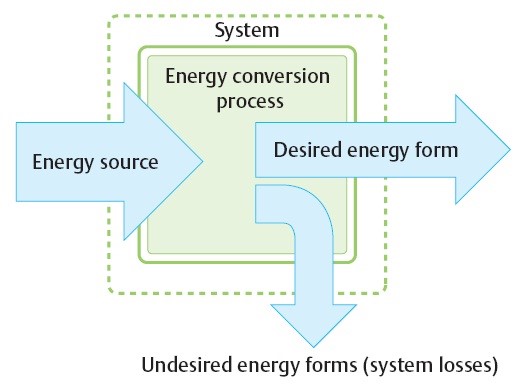 Stand alone motors cannot alter their speed. They are designed to rotate at a set speed based on the number of magnetic poles built into them and the supply voltage and frequency applied to them. Even for fixed speed systems, it may be difficult to find a motor that rotates at the correct speed for its designated application. Extra parts may need to be purchased such as:

All motors have a nameplate that indicates how fast they will rotate, in revs per minute (rpm), at a given voltage frequency and load current. AC drives are devices designed to provide effective speed control of AC motors by manipulating voltage and frequency, and therefore the magnetic flux inside the motor circuit.

Controlling the speed of a motor using modern AC drives not only provides users with much improved process control, but can also reduce wear on machines, increase power factor and provide large energy savings.

Most application load profiles can be grouped into the following torque categories: 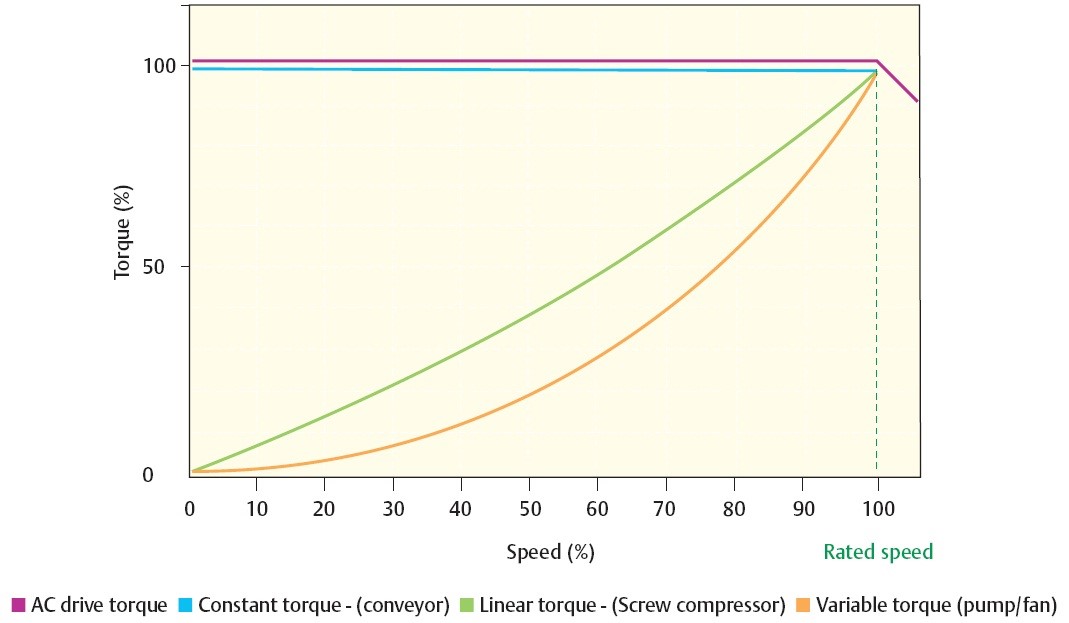 Using speed control, the most significant savings can be made on applications that obey a variable torque requirement, such as pumps and fans. Because of the cube law relationship between speed and power, simply reducing a fan speed by 20% can yield a power saving of almost 50%.

Reducing the speed of the motor is usually the first step in reducing the energy bills as small changes in speed can reap large energy savings. AC drives provide the means to this; but can they also do more? 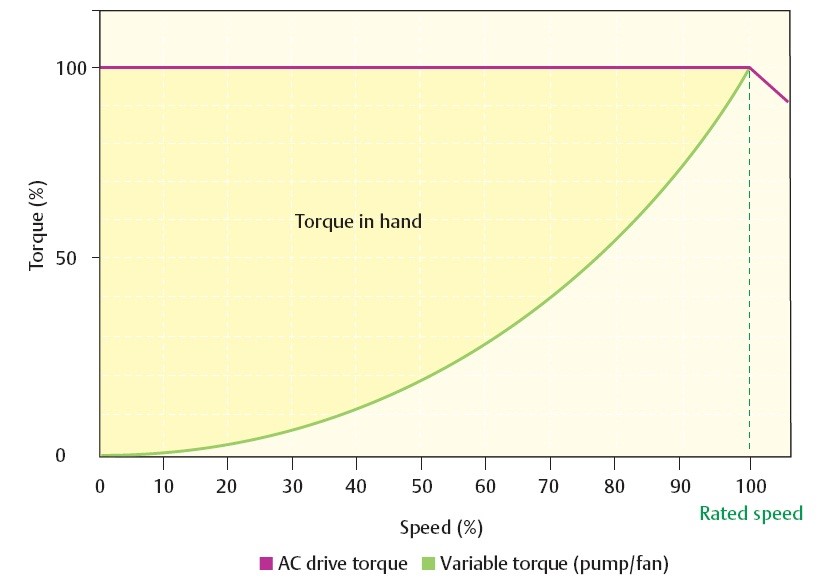 Square law mode manipulates the linear voltage to frequency relationship so that the torque capability, and hence flux, in the stator windings of the motor is reduced, reducing losses.

Control Techniques drives include dynamic V to F mode which is intended for applications where power loss in the motor should be kept to a minimum under low load conditions. In this mode the drive will vary the voltage to frequency characteristic it applies to the motor depending on load level, such that at light load levels the voltage on the motor is reduced for a given frequency. This reduces the magnetizing (or flux producing) current which in turn reduces losses in the motor.

As previously discussed, AC drives can significantly reduce energy consumption by varying the speed of the motor to precisely match the effort required for the application. To vary the speed of the motor dynamically, a closed-loop regulator (or control loop) that takes into account the measured output of a process is required. Common applications where this is used include pressure, level and temperature control. The most common method of regulation is the PID (Proportional-Integral-Derivative) control loop. All Control Techniques drives have either single or multiple PID loops integrated within the product.

The input stage of a non-regenerative AC drive is usually an uncontrolled diode rectifier, therefore power cannot be fed back onto the AC mains supply and excess energy in the system is ‘dumped’ in a power resistor and therefore converted to heat. AFE systems use a controlled IGBT rectifier bridge which enables energy to flow bi-directionally to and from the mechanical system and the AC supply. This provides far greater efficiency levels than standard AC drives in applications where electrical braking of the mechanical system would result in significant amounts of energy being wasted within the braking resistor.

DC bus systems offer an another approach to reduce running costs by circulating energy between braking and motoring drives. An application example where this is particularly effective is systems where material is unwound and then re-wound. In this application it is important to maintain tension in the material, to achieve this the unwinder is constantly braking and the winder is constantly motoring. In a perfect system, the net energy required is just enough to supply the system losses.

Combining an AFE with a common DC bus systems offers the maximum power system flexibility, allowing energy to flow between drives and bi-directionally with the line supply. It is common in these applications for a single AFE unit to be used with many DC bus connected drives, the AFE is rated for the requirements of the system.

Calculating the Return on Investment (ROI) for energy saving applications