An electronic evolution in aerospace and defense systems is causing a paradigm shift in motor control.
By Courtney E. Howard

An integral and essential, but often overlooked, component in mission- and safety-critical aerospace and defense systems is getting an upgrade. Engineers and systems integrators are causing a paradigm shift with the adoption of much more advanced and intelligent motor controls in land, sea, air, and space vehicles.

Current and future vehicles, not to mention missions, rely on the precise, reliable, and repeatable movement of critical parts – gun turrets on ground combat vehicles, sensor gimbals packed with the latest electro-optical/infrared (EO/IR) technology on unmanned aircraft systems (UAS), actuators and control surfaces on commercial and military aircraft, and moving panels and instruments on satellites and other spacecraft.

The push toward more-electric, and even all-electric, vehicles is driving the need for intelligent motor controls. Engineers and systems integrators are incorporating more digital, electronic, intelligent, and automated systems in retrofit and forward-fit installations. Smart digital motor-control devices are taking the place of maintenance-intensive hydraulics. As hydraulic systems are phased out and more modern electric systems are ushered in, the need for intelligent motor control – encompassing the latest hardware and software – is stronger than ever.

Smart motor controls are employed not only in the platforms and systems themselves, but also in the making of those solutions, such as in the control of robotic arms and other manufacturing equipment. In fact, the market for intelligent motor control centers – which house several individual motor controllers and associated power electronics – is forecast to reach $5.12 billion by 2018. 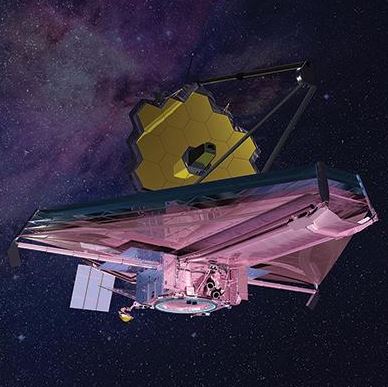 The percentage of customers that purchase higher-priced iMCCs is expected to rise in the long term, says Krishna Raman, Frost & Sullivan industrial automation & process control senior research analyst. “With iMCCs set to play an important role in the future of the market, manufacturers have to focus on rolling out these products. Manufacturers must develop iMCCs that can be easily integrated with other communication networks to allow customers to move to an integrated enterprise ecosystem.”Growth in industrial automation is fueling the global demand for motor control centers (MCCs), according to market analysts at Frost & Sullivan in San Antonio, Texas. Intelligent MCCs (iMCCs) add remote diagnostic capabilities and features such as loss detection and predictive maintenance to the traditional MCC, helping to minimize maintenance costs, reduce equipment downtime, and bolster operator safety. Increased adoption of iMCCs is boosting overall market revenues, while MCCs are declining in revenue share because of the safety features and performance, according to authors of Frost & Sullivan’s “Analysis of the Global Motor Control Centers Market” report.

The current all-electric, battery- powered demonstrator UAS is built at 50 percent scale, with a 10-foot wing span. The prototype sports 10 eight-horsepower electric engines powering 10 electric motor driven propellers: eight on the wing and two on the horizontal stabilizer. Propellers on the leading edge of the wing provide high-speed flow and lift on the wing, and also provide pitch, roll, and yaw control authority during the transition from hover to forward flight. The wings and horizontal stabilizer rotate with fixed motor pods to facilitate vertical take-off and landing (VTOL), as well as vertical flight, eliminating the need for ground support equipment such as launch catapults and landing catch mechanisms.

“We can fly this over at 100 feet without being able to hear it on the ground,” explains Mark Moore, the GL-10’s project lead at NASA Langley. “We’re targeting package delivery and privacy, and no-noise-nuisance applications.”

NASA researchers anticipate that this technology can lead to the production and use of reduced-annoyance commercial UAS, as well as stealthy, covert intelligence, reconnaissance, and surveillance (ISR) aircraft. NASA’s next distributed electric propulsion project will be a 3,000-pound, four-passenger aircraft with a 31-foot wing span.

“Instead of one large primary mirror, JWST uses 18 hexagonal segments that create an effective 6.5-meter diameter primary mirror yielding over five times more light collecting area,” a Moog representative describes. Adding to the motor control complexity, JWST will operate much further away from Earth than HST, away from the light and heat given off by the planet.

JWST will operate in a very cold environment requiring rugged, specialized equipment and testing. The telescope’s Near InfraRed Camera (NIRCam) uses Moog’s cryogenic instrument actuators which allow for positioning while operating at very cold temperatures. Moog is also providing flight vibration dampening hardware in the Integrated Science Instrument Module (ISIM) to isolate loads into the large radiator panels that are critical for the cold operation of the instruments. Another area is the validation that

Engineers used a Moog six degrees of freedom (6-DOF) micropositioning system, which moves a large optical payload, for ground testing and validation of the JWST Primary Mirror, to ensure the 18 mirrors will work together on the ground and in space. A combination of smart motor control and comprehensive software facilitates position control, interference avoidance, and data logging while operating in a vacuum at very cold temperatures.

The Airbus Military A400M is designed for use in strategic, tactical, and in-theatre operations; offers more than twice the payload and volume of the transports it replaces; and boasts air- to-air refueling capabilities as a donor and receiver. Some of its unique features and functionality can be attributed to unique motor control devices.

Moog is responsible for the design, manufacture, and integration of eight fly-by-wire servoactuators for control of the aircraft’s primary flight surfaces. These include: conventional electrohydraulic actuators for the aileron, elevator, and certain spoilers, plus advanced technology electrohydrostatic actuators for positioning additional spoiler panels.

The MML next-generation air defense launcher is built on an open system architecture and will be capable of launching a variety of interceptors for comprehensive air defense against a variety of unmanned and cruise missile threats. The truck-based system can be fixed or semi-fixed, and will hold 15 launch tubes able to be fired simultaneously at different threats. MML is designed with intelligent motor control hardware and software to provide 360-degree protection by targeting unmanned aircraft, cruise missiles, artillery, mortars, and rockets. 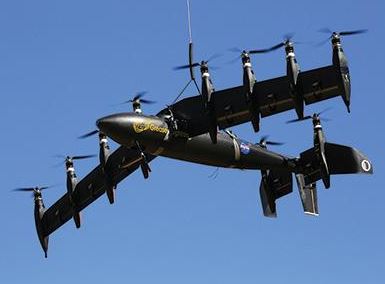 The three test missile launches included: an Air Intercept Missile 9-X that intercepted an unmanned aerial vehicle (UAV) after launch, as well as a Low Cost Active Seeker and a Mini Hit-to-Kill interceptor that flew ballistic trajectories. The MML is on schedule and on budget to deliver two prototypes for an engineering demonstration in March 2016. The Army plans to field the system in 2019.

Codesys in Embedded Automation
Scroll to top
Accessibility by WAH